The group made boobs.

This came about as a couple of the invitees had successfully fought breast cancer and it was felt this would be a visual tribute both to those who had won their battle and those who sadly had not. 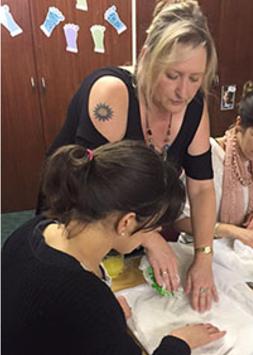 I chose to display the boobs in white frames.  There were a number of reasons for my choice: white framing is often used in art gallery settings therefore elevating the pieces to the status of fine art and giving the makers the recognition they deserved; the uniformity of the white frames shows a stark contrast to the individuality of each hand-made boob; framing each boob was a way of expressing how very important each one is, especially to those individuals who have had mastectomies.

To accompany the exhibit there was an audio track that consisted of soundbites and part conversations from  our group making sessions.  As well as a great deal of laughter during those evenings  one of the ladies shared her story of how and when she discovered she had breast cancer which offered an audio poignancy to the otherwise amusing visual. 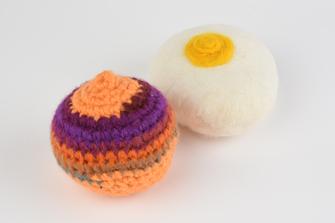 The Joy of Making group was established as I had wanted to investigate whether the pure joy I experience when making is a universal one. So I invited a number of women to attend a making session using traditional craft techniques i.e. wet felting, needle felting, crochet and knitting.  The majority of the group had little or no experience of crafts which meant they were ideally suited to the experimental nature of this enterprise.

As often happens when a group of women come together, the first meeting was a raucous success.

After the event I asked for feedback questionnaires to be completed and returned.  This is an extract from one of them:

I concluded that the 'joy of making' had been truly experienced. 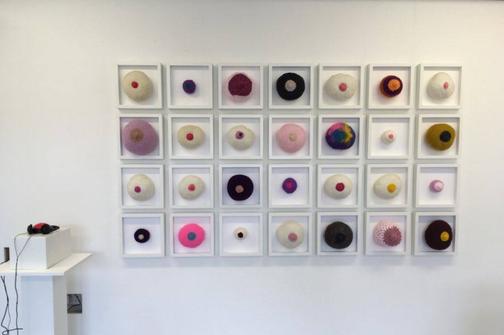 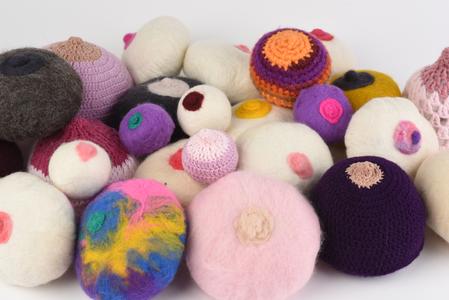 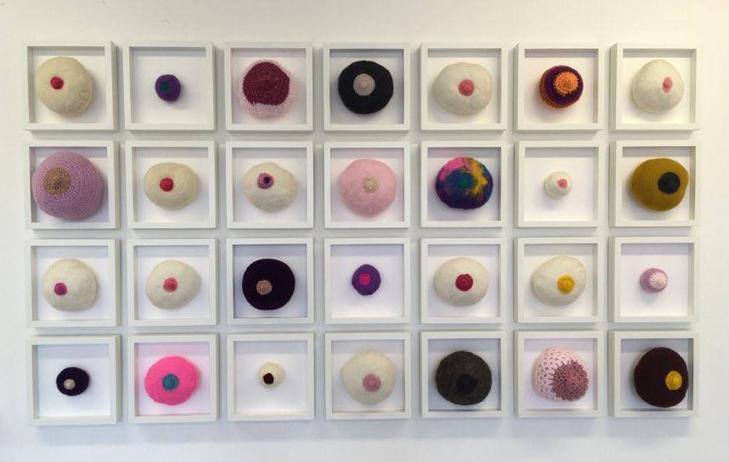 ​The Joy of making